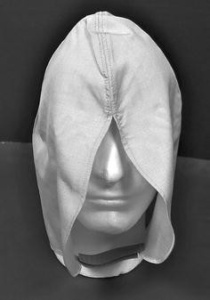 Studies in mice have shown that environmental electromagnetic waves tend to suppress the murine immune system with a potency similar to NSAIDs, yet the nature of any Electrosmog effects upon humans remains controversial.

Previously, we reported how the human Vitamin-D receptor (VDR) and its ligand, 1,25-dihydroxyvitamin-D (1,25-D), are associated with many chronic inflammatory and autoimmune diseases.

We have shown how olmesartan, a drug marketed for mild hypertension, acts as a high-affinity partial agonist for the VDR, and that it seems to reverse disease activity resulting from VDR dysfunction.

We here report that structural instability of the activated VDR becomes apparent when observing hydrogen bond behavior with molecular dynamics, revealing that the VDR pathway exhibits a susceptibility to Electrosmog.

Further, we note that characteristic modes of instability lie in the microwave frequency range, which is currently populated by cellphone and WiFi communication signals, and that the susceptibility is ligand dependent.

A case series of 64 patient-reported outcomes subsequent to use of a silver-threaded cap designed to protect the brain and brain stem from microwave Electrosmog resulted in 90 % reporting “definite” or “strong” changes in their disease symptoms.

This is much higher than the 3–5 % rate reported for electromagnetic hypersensitivity in a healthy population and suggests that effective control of environmental Electrosmog immunomodulationmay soon become necessary for successful therapy of autoimmune disease.