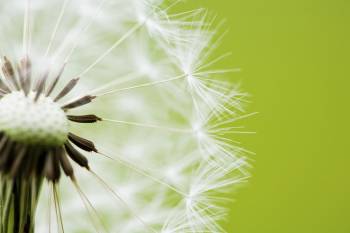 Homotoxicology was developed over 50 years ago by a German medical doctor Hans-Heinrich Reckeweg. Today it is also known as Bioregulatory medicine.

The word Homotoxicology is derived from three words; “Homo” meaning man,” toxico”from toxin or poison and “ology” from the Greek word logos that means to study.This is a biologically based medical system. These medicinal products influence the bioregulation processes, acknowledging the complexity of human physiology. The products are developed according to homeopathic principles. It increases the regulation of the physiological processes to induce homeostasis (it literally means to remain in the same condition, to remain as close as possible to a steady state of the system) and health evolution.

A good holistic history and a thorough physical examination are invaluable. Knowledge of pathology and a workable conventional medical diagnosis, or a list of functional disturbances, will help the interpretation of the unfolding pathological process. Homotoxicologists see symptoms as an expression of the blockages to eliminate toxins and illness is caused by the body’s reaction to the presence of these disruptive homotoxins.
In the definition of Homotoxicology, disease is explained as the expression of an appropriate response against “homotoxins” (internal and external in origin) by the defense mechanism to maintain homeostasis. The response follows a dysregulation of the normal physiological phenomena. Examples of external toxins are infective organisms, allergens, tobacco, alcohol, smoke, drugs, pesticides, preservatives, artificial sweeteners, heavy metal molecules, solvents, vapours, glues and radiation to name a few. Endogenous toxins come from waste products of metabolic processes and inappropriate hormonal and neuro-hormonal secretions.

Regulation of homeostasis is a result of interaction between different systems. This is now known as Psycho-neuro-endocrine immunology. Reckeweg called this the Greater defence system which is made up of the hypothalamus-pituitary-adrenal axis, the immune system, the gut and liver, the autonomic nervous system and the connective tissue. This whole system will be engaged when the body is confronted with anything that disturbs the homeostasis.

The disease processes is classified according to the embryonic layer involved and the evolution of the specific disease. This can be located and followed on the DET (Disease Evolution Table).The stages are excretion, inflammation, deposition, impregnation, degeneration and dedifferentiation. Pathologically disease development is very specific, moving from excretion through the above list to dedifferentiation (disease evolution).When healing occurs the process moves back through the stages described above (health evolution). A person can have various disease processes each at different stages of development .What we recognize as the clinical symptoms of illness is what surfaces after the defence system has reacted to the threat. The physiological response to the reaction of the defence mechanism against the homotoxin, will define the patient’s clinical status and disease presentation. This informs the doctor to choose appropriate medication t in a correct homotoxicological way.

In choosing a medicinal product we want to treat the various components of the greater defence system in maintaining homeostasis. Activating the immune response, metabolic cycles and glandular control is essential for healing. This will support the physiological response in the specific disease stage in order to support healing and symptom reduction. Homotoxicology products were developed to induce a state of regulation and support the body in its innate ability to deal with and cure the disease. It also offers treatment modalities for chronic diseases.

In contrast to conventional medications, antihomotoxic medications contain Micro or even Nano doses of active components. It is not toxic, has few contra indications or possible side effects and has no interactions with other medications. It is safe and effective in supporting the person’s physiological responses to resolve the disease process. The approach in homotoxicology remains clinical.

Modern scientific research confirms the interaction between the components of the greater defence system and the fact that the symptoms are an expression of the activation of various parts of the system. Research has been done on the physiological mode of action of this type of medications. Comparisons between Homotoxicology products and conventional medicine have also been researched. The outcome of this continued research makes Homotoxicology an acceptable approach in modern integrative medicine.

Dr. Reckeweg did indeed build a bridge between conventional and complementary medicine and by this created an integrative platform in medicine that finds its way easily into daily medical practice. This is an excellent addition to many other approaches as well as allopathic medication.