How to reduce exposure to harmful EMFs

Electromagnetic frequencies or radiation (EMF or EMR) are all around us in our modern high-tech environment. While it is difficult to avoid them altogether, there are many things we can do to reduce the harmful effects on our health.

Why should we worry about EMFs?

We cannot see them, but they are in our homes, in shopping malls, in hospitals and in our bags. There have been many scientific studies over the last 30 years demonstrating the adverse effects they have on human and animal health. These studies have been suppressed by the giant telecom companies for obvious financial reasons. These worrisome effects are currently being spotlighted during the 5G rollout around the world, as 5G millimeter wave frequencies are expected to magnify these adverse effects enormously. 5G is the fastest and most evolved form of WiFi communication. 2G technology enabled cellphones to send sms’s, 3G enabled video communication and 4G (current smartphones) enabled downloading from the internet. 5G promises to be faster to enable instant downloads and driverless cars, but at what cost to our health?

What harm can EMFs do to us?

There is already much evidence to show that EMFs are contributing to the rise in cancers, depression, anxiety, behavioural changes, ADHD and learning difficulties in kids, genetic changes in our DNA, cataracts, male infertility and other hormonal imbalances. It is anticipated that the advent of 5G will greatly exacerbate these.

Some individuals are extremely sensitive to the harmful effects, and suffer daily with burning body pains, headaches, fatigue, tinnitus, nausea, etc. This has been called EHS [electromagnetic hypersensitivity], and labelled “idiopathic environmental intolerance attributed to EMF (IEI-EMF)” by WHO in 2005.

Dirty electricity is another form of EMF generated by electrical and magnetic circuits found in the home.

The earth produces natural EMFs called the Schumann resonance, and other healthy frequencies are emitted by the sun and the atmosphere. These are essential for normal electrical function of the heart and brain and many cellular processes. When we lose contact with Nature and the natural resonance is blocked by pavements, buildings and footware, our delicate electrical processes lose their synchronicity with natural EMFs and become overwhelmed by man-made ones. This triggers a breakdown in cellular communication and problems arise.

Yes, due to their proportionately larger heads, thinner skulls, brains which are still developing and more absorbent, and negative influence on stem cells (which are plentiful in the growing years), kids are more susceptible to adverse effects. These can include ADHD, behavioural problems, low IQ, sleep deprivation and brain cancer.

Ideally, kids should not use cellphones until their brain has stopped growing at about 18 years. They should only be used in emergencies. In Russia under 18s are not allowed cellphones.

Advocate for childrens’ safety at schools and child-care centres; ask for replacement of Wi-Fi with hard-wired cables and remove masts/antennas from the property.

Educate your kids about using cellphones safely (see below). Addiction to social media and online gaming magnifies the exposure to harmful EMFs.

Unborn babies are also very susceptible, so pregnant women should severely restrict their cellphone usage and avoid working in Wi-Fi environments. They should not use a cellphone while breast-feeding or with a child on the lap.

How to protect yourself from harmful effects:

0
« A phased immuno-physiological approach
Proposal to government: nutrients for communities »
Find a Practitioner 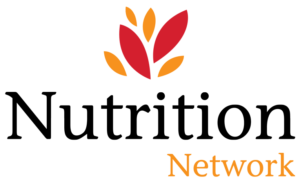