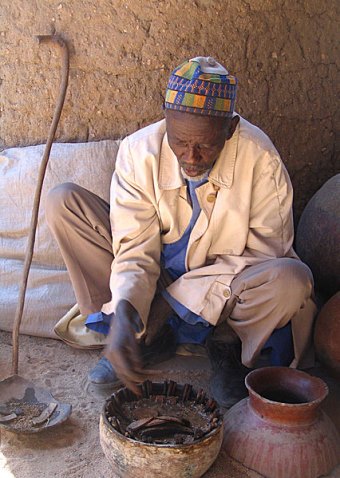 Diagnosis is reached through spiritual means and a treatment is prescribed, usually consisting of a herbal remedy that is considered to have not only healing abilities but also symbolic and spiritual significance. Traditional African medicine, with its belief that illness is not derived from chance occurrences, but through spiritual or social imbalance, differs greatly from Western medicine, which is technically and analytically based. In the 21st century, modern pharmaceuticals and medical procedures remain inaccessible to large numbers of African people due to their relatively high cost and concentration of health centres in urban centres.

Before the establishment of cosmopolitan medicine, traditional medicine was the dominant medical system for millions of people in Africa but the arrival of the Europeans was a noticeable turning point in the history of this ancient tradition and culture. Herbal medicines in Africa are generally not adequately researched, and are weakly regulated. There is a lack of the detailed documentation of the traditional knowledge, which is generally transferred orally. Serious adverse effects can result from misidentification or misuse of healing plants.

Africa is endowed with many plants that can be used for medicinal purposes to which they have taken full advantage. In fact, out of the approximated 6400 plant species used in tropical Africa, more than 4000 are used as medicinal plants. Medicinal plants are used in the treatments of many diseases and illnesses, the uses and effects of which are of growing interest to Western societies. Not only are plants used and chosen for their healing abilities, but they also often have symbolic and spiritual significance. For example, leaves, seeds, and twigs that are white, black and red are seen as especially symbolic or magical and possess special properties.

Examples of some medicinal plants include:

A study, entitled ACE Inhibitor Activity of Nutritive Plants in Kwa-Zulu Natal, was conducted by Irene Mackraj and S. Ramesar, both of the Department of Physiology and Physiological Chemistry; and H. Baijnath, Department of Biological and Conservation Sciences; University of Kwa-Zulu Natal, Durban, South Africa to examine the effectiveness of 16 plants growing in Africa’s KwaZulu-Natal region, concluding that eight plant extracts may hold value for treating high blood pressure (hypertension).

The plants (known locally as muti) used by traditional healers that the team examined were: 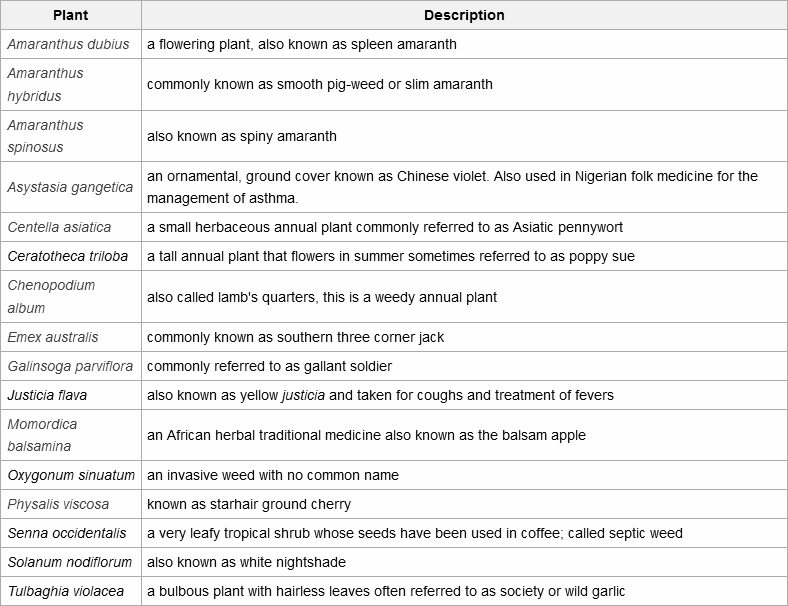 Of the 16 plants, Amaranthus dubius, Amaranthus hybridus, Asystasia gangetica, Galinsoga parviflora, Justicia flava, Oxygonum sinuatum, Physalis viscosa, and Tulbaghia violacea were found to have some positive effects, with the latter proving to be the most promising with the ability to lower one’s blood pressure. The unique infrageneric diversity of Aloe L. (Aloaceae/Asphodelaceae) and the broad therapeutic uses in southern Africa, suggest its cultural significance in the subcontinent. Palms are very commonly used as ritual elements, as well as an ingredient in ATM.